When Do You Need a Private Investigator?

When Do You Need a Private Investigator? 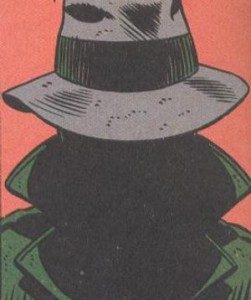 When Do You Need a Private Investigator? To understand when you need to employ the services of a Eye Spy private investigator is to understand the role that such an investigator plays in society and especially the process of law, and has done so for almost two hundred years.

Federal bodies especially the police and the FBI have the sole responsibility to prevent and solve crime and uphold public order. Michigan Private investigators are called in either by industry or commerce as well as the general public to investigate and report matters of a civil nature. The power that a private investigation company has at their disposal comes nowhere near those of the public service, and is completely independent of them.

Commercial entities that regularly employ the service of a Michigan private investigator are banks, insurance companies or finance companies. They will use them to monitor security systems within their operation, conduct surveillance operations on claimants to verify that their claims are authentic on behalf of insurance companies. They are sometimes called on by finance companies that have a customer that has defaulted on payments and become untraceable. As well as services, private investigation agencies will carry character background checks on behalf of large corporations on potential key employees. These are just a few examples of the myriad of roles that private investigators will carry out in the private sector for companies involved in industry and trade. It is easy to understand the vital role that they play in this sector, and why the bulk of their income comes through it.

When you find yourself in distressing circumstances

For the private individual, the likelihood of them needing the services of a private investigator in their lifetime will be slim. If it happens it is usually under distressing circumstances. These are usually cases where someone in the family has gone missing, or the person has become a victim of some kind of fraud, either online or offline, or some kind of civil dispute. In any of these instances, a private investigator is usually called in where the police or federal agencies have been unable to solve the problem, or was unable to assist in the first place.

Eye Spy Private investigators principally act in cases involving civil liability and personal injury cases, divorce investigation, child custody and missing person’s cases, where the public authorities had come to the conclusion that the person who had gone missing had done so of their own choice.

The Michigan private investigator once appointed to the case will gather information through all legal means. They will do so through investigation and surveillance, they will carry out whatever research deemed necessary, including review of public documents. They will use the power of the internet and access to massive data bases at their disposal to gather information to further their goals.

The majority of people who employ their service often find themselves asking themselves if the really need the services of a private investigator, and would they not be capable of doing the job themselves? In most cases, the answer would be a resounding no. For a start a private investigator is capable of being totally objective. They will have undergone extensive training as well as toting up considerable experience of work in the field.

They have cool toys

To efficiently carry out their investigation, they will have a considerable array of high tech aids at their disposal, usually out of the financial scope and understanding of the average person. They are true professionals and usually bring home the desired results.

The majority of people who have needed to enlist the services of a private investigator have come away from the experience satisfied and knowing that whatever it cost was money well spent.

What I Learned as a Private Eye

Celebrity Private Eyes to the Stars

We are a highly professional company that treats each client on... read more

Tech the Halls Are they a Tech person? Does it seem like... read more

Licorice is an aphrodisiac

Hiring a Private Eye Can Help You WIN Your Lawsuit

Hiring a Private Eye Can Help You WIN Your Lawsuit Hiring a... read more

Domestic Violence Do they have a history of domestic violence? Are you... read more

A polygraph (popularly referred to as a lie detector) measures and records several physiological... read more

Hands Off Of My Phone