Why do I need a Private Investigator in my divorce?

Why do I need a Private Investigator in my divorce? 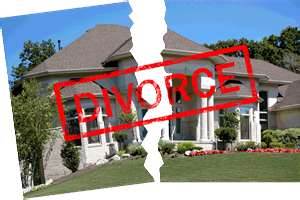 Eye Spy discuses Why do I need a Private Investigator in my divorce? Ask just about anyone what his or her favorite private detective show is and you’ll instantly get one of many different answers. Due to the huge popularity of these programs over the years, everyone has a favorite.

Most people aren’t aware of the services a licensed private investigator can provide. It’s certainly not surprising though, because all we’ve ever seen has been wrapped up neatly in a one-hour episode on television.

The purpose of this article is to give you an idea of what a day in the life of a Boston private investigator might be like. The best thing about being a private investigator is that each day is different from the previous day. There are certain tasks that are repeated daily, or at the very least, quite often. Most of these include general attorney services. Many do not realize that much of a private investigator’s job involves assisting law firms and private attorneys.

Some provided tasks include process service, criminal defense investigations, and research, research, and more research. When it all comes down to it, that’s really what a private investigator’s job comes down to: observation and research. It could take the form of hours on the computer trying to locate assets or hours digging through old documents in the courthouse looking for a lost piece of information which is now desperately needed.

Some of the other aspects of the job include surveillance, background checks, loss prevention, and security-related assignments like determining a corporation’s levels of security in a new or old facility.

Some of the work is similar to what you’ve seen on television. However, it’s almost never neatly wrapped up in less than an hour. In fact, some of our investigations have gone on for weeks, months, and occasionally even years. Unfortunately, unlike television, life usually can’t be wrapped up in a nice little package in under an hour.

The unknown is a big aspect of the job of a private investigator. One of the most challenging parts of the job is that we are often faced with a scenario that is different than anything we’ve ever previously faced. There are always new challenges for a private investigator because the nature of the job involves the ability to solve a problem or mystery that seemed unsolvable to the person who brought it to us. In fact, the job can fairly be described as a series of brain teasers that are, of course, extremely serious to the people hiring us.

Our job requires patience, diligence, craftiness, and the ability to constantly think on one’s feet. Without those characteristics, someone is not well-equipped to handle the job of a Michigan private investigator.

Megxit "Megxit" from their roles as senior members of the royal family?... read more

Making It Through An Extramarital Affair. Quite a few spouses that... read more

Virtual Reality Virtual reality  is a simulated experience that can be similar... read more

Clawfoot Notes Have you ever been so mad that you've curled your... read more

Signs Of A Swinger: A Swinging Good Time