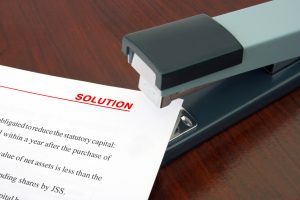 When an employee is suspected of Family and Medical Leave Act FMLA abuse, an employer can put the employee under surveillance.

The Family and Medical Leave Act (FMLA) is an employee entitlement. Sometimes employees believe that it entitles them to take off from work for almost any reason at almost any time. Some even might see it as a safety net in case their vacation request is denied.

Employers have long decried abuse of the FMLA, but there are actions they can take to help minimize such abuse.

If you’ve had trouble dealing with intermittent FMLA leave abuse, you’re not alone.

In fact, according to research by SHRM, 66% of HR pros have reported abuse of intermittent leave.

Plus, 80% said tracking and administering this type of leave was their most difficult challenge.

What’s worse, because administering this type of leave is so tricky, many employers balk at going after workers who are blatantly abusing their leave.

But that’s a huge mistake. Intermittent leave abuse can wreak havoc on the entire company’s morale and productivity when employees are constantly having to cover for abusers.

Intermittent leave is often associated with medical conditions that are difficult to prove, such as migraines. Our private Investigators can discreetly follow the employee and see just how bad that migraine is.

FMLA abuse: With all of the laws out there protecting employee rights, many employers feel it’s a problem they are powerless to stop.

As a result, they don’t closely question employees about their FMLA requests. That can be very costly.

For example, here’s what can happen when you put employees on the honor system: One employer revealed that as much as 30% of its workforce is absent on any given day — and the majority of those absences are FMLA-related.

Hire the Michigan Private Investigators at Eye Spy Detective Agency to conduct the surveillance to unearth the abuse, though; don’t try to do it yourself,the result could make things worse.

The Michigan Private Investigators at Eye Spy Detective Agency can keep track of the employees schedule, time off and whereabouts.

Employers need a reason for the suspicion before conducting surveillance, she added. Honest suspicion may arise from:

Or maybe, for example, a co-worker sees that the employee has posted on Facebook about a great new course he or she is taking in California with a lot of pictures from there, and the co-worker mentions this to HR. However, make sure the report is reliable information and not just a co-worker who has a grudge against the employee out on FMLA leave.

Call the Michigan Private Investigators at Eye Spy Detective Agency today at 888-393-7799, or visit us at www.EyeSpyInvestigations.com

All cases are confidential!

Signs You Have A Cheating Wife

Signs You Have A Cheating Wife Having a cheating wife is a... read more

Do you feel as you received the wrong judgment in your child custody agreement?

Do you feel as you received the wrong judgment in your... read more

If you think someone is watching you, you could be right.

If you think someone is watching you, you could be right.... read more

We all know family comes first in most situations. Especially when... read more

Is he still married? Who is he really? In depth Background Checks

f his marriage 'was over' long before he met you, then... read more

Is Fantasizing About Others Bad?

Do Men Stray More Than Women?