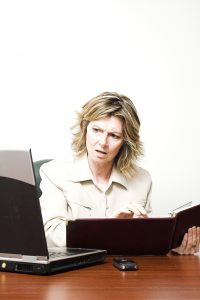 Have you found out that your significant other / spouse is cheating and you want to confront him / her? If so, there are many different types of approaches to do in this type of situation. The only thing to do is for you to decide. So how do you go about confronting a cheater?

When finding out that your significant other / spouse is cheating, normally people will instantly want to confront them. Even with or without proof. Which could be a bad idea, if you don’t present them with actual evidence of them cheating. Although, if you do have valid evidence of them cheating then that shouldn’t be quite a big issue. So first we will talk about what would be the best approach to confronting him / her WITH proof, then which would be best to confront them WITHOUT proof.

Confronting a cheater WITH proof will be much easier than without proof… obviously. Although, some people have a harder time confronting their significant other / spouse because they’re still in shock of the actions that they did. Meaning disrespecting their relationship / marriage. When people want to confront their cheating significant other / spouse, usually they’ll want to file for divorce. And that’s where Eye Spy Investigations comes in. If you’re looking to have your spouse confronted and served with divorce papers and don’t want to do it yourself, our private detectives can do the job for you.

Confronting A Cheater: Show the evidence

Providing your soon to be ex-spouse with valid evidence of them cheating not only gives them the warning that you’re aware of the affair, but also they can be charged with infidelity. One of our private investigators will go up to the cheater, hand them the papers, and that’s it. You’re new life awaits.

Although, if you do NOT have any proof of your significant other / spouse cheating, then it’ll more than likely take more time to confront them with proof, then just accusing them with nothing but accusations. For this type of situation, to catch and confront a cheater, our private investigators would have to conduct many hours of surveillance and possibly place a GPS tracker on their vehicle to trace their whereabouts are. After tracing them and getting photo and video proof of them cheating, then you’re good to go.

Confronting a spouse / significant other can be very difficult to actually do. Or tell yourself that you want to confront them. Generally, most people would ignore it at first, or pretended that it didn’t happen because they know what it may lead to.  But in the end it is your decision. And yes even though you may have been with that person for the amount of months or years, if you have a family that looks up to you and cares deeply about you… then you must think of them instead of thinking of the person who betrayed your relationship. Eye Spy Investigations, has been in this type of business for over twenty-five years. And like every case we’ve ever had… we’re here to help YOU!

“They can run, but they cant hide from Eye Spy!”

Call the Michigan Private Investigators at Eye Spy Detective Agency today at 888-393-7799, or visit us at www.EyeSpyInvestigations.com

FineApple If you were a fruit you'd be a FineApple. FineApple We have all... read more

Who Have they been texting??

Find out Who They've Been Texting! The Michigan Private Investigator's at... read more