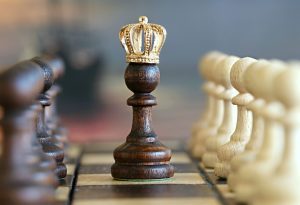 Why do some Women Stay With A Cheater? Did you ever wonder why some women decide to give their cheating man another chance? Yet, in relationships where the woman cheats, the relationship often ends in divorce. Why the difference?

Why would a Women Stay With A Cheater?

The answer may take you back to the caveman days. Where Men were the hunters and women were the gatherers. For instance, why are men so territorial when it comes to grilling or handling the water hose? Standing over a fire and watching meat cook is in their genes.

Manning the grill taps into a lot of their primal urges. Men yearn for facing a risk, dominating the food chain, showing off their skills and providing for others. Men can gather around a grill and bond, just like the cavemen, but with beer!

The times may have changed, but not too much when it comes to love. Back in those days, women were kept in the shadows and subservient to men. In modern times, women have become powerful and refuse to be dismissed. Society has created Alpha Women. Alpha women aren’t exactly new, but they were once a rarer breed.

Why Would a Women Stay With A Cheater? Times are changing!

These days women have been groomed to be leaders rather than to be wives. That may get them ahead at work. But when it comes to love, it will land them in a ditch. This is a classic example of why successful women always seem to end up alone. Could this be the reason that a woman would stay with a cheater?

Every relationship requires a masculine and a feminine energy to thrive. If women want to find peace with men, they must find their feminine—that is where their real power lies. Being feminine isn’t about being beautiful or svelte, or even about wearing high heels (although those things are nice). Being feminine is a state of mind. It’s an attitude.

In this day and age, women tend to play a balancing act. They go from being powerful and in charge Wonder woman during the day, to a sweet sex kitten in the evening. However, this is not is easy as it seems.

Stick That Caveman Club Where The Sun Doesn’t Shine!

When a caveman wanted a woman, he would bonk her on the noggin with his trusty club. That caveman courtship doesn’t go over too well these days. In fact, it may not have gone over too well back in those days. For all we know, the cave women may have bonked the men on the head when they misbehaved, by staying out all night!

Let’s be honest for a moment. If a man hit me with a club, I’d retaliate with a Bazooka. Domestic violence is never the answer, but you get the idea.

The roles may have changed, but the rules haven’t. All a good man wants is for his wife to be happy. He will go to great lengths to make it happen. He’ll even support his wife’s ideas, plans or opinions if he doesn’t agree with them. A husband’s number one goal is to please his wife. If he determines his wife cannot be pleased, that’s when the marriage is in trouble.

Men are so much simpler than women. Not simple as in dumb, as is often portrayed in the media. Simple in that they have far fewer needs than women do. What men want most of all is respect, companionship and sex. If you supply these basics, your husband will do anything for you—slay the dragons, kill the beast, work three jobs, etc. Men will happily do this if, and only if, they are loved well in return. It is when men are not loved well that problems arise. That is the nature of the male-female dance.

Be Responsible For Your Own Actions!

Remember, your husband is 100% responsible for his own actions. If he makes stupid choices, such as getting repeatedly drunk, it’s his job to own up to that behavior and stop it. Same goes for his emotional outbursts, such as not coming home at night, or having an affair.

Men tend to follow a women’s lead. Men tend to react to something you said or did. They also react to something you didn’t say or didn’t do. He’s reacting to your moods, your gestures, your inflections and your tone. That’s how men are. Your husband wants you to be happy. When he sees it isn’t working, he thinks he’s failed. That’s when he acts out.

Another way to think about the male-female dance is to consider the game of chess. In chess, the king is the most important piece but also one of the weakest. He can only move one square in any direction—up, down, to the sides, and diagonally. The queen, however, is the most powerful piece. She can move in any one direction—forward, backward, sideways, or diagonally. And how she moves affects how he moves.

All of this back and forth of power play creates tension in your marriage. Once there is tension, your marriage is in trouble. So now that you understand the back story, how does this factor into why women will stay with a cheater? Keep reading…

Here are few reasons why women will stay with a Cheater:

When Women Stay With a Cheater: The Truth Shall Set You Free!

Now that she has her footing and her instincts confirmed, she is not happy about the infidelity but she is not experiencing self-doubt and tension in her body and head daily. She’s not crazy. She was right. However, once a guy has barely any confirmation of infidelity, that picture is permanently burned in his brain and most men leave unless they have small children that they feel a strong duty and obligation towards.

Often, men can never get the image of their wife with another man out of their head and will have a very hard time moving past it. Some men are so territorial that they will jump to the worst conclusion even if it didn’t happen.

So, women often stay after an infidelity because they feel better not being lied to anymore and want to see if they can get back on track because #3 usually comes up.

If a cheating man hints that she was responsible for his cheating for example by saying, “You were away, you were sick, you paid the baby too much attention, you didn’t wear short enough skirts” etc, the guilt switch can get easily flicked in a woman. After all, she was supposed to be perfect, according to the ideal woman in her head, and when a man shifts the blame to her, most women accept blame that is not even theirs. All the guy has to do is hint that it is partly her fault, and it will often start to eat at her.

Not so with most men. There is really no socially acceptable excuse for a woman to cheat because she is supposed to be virtuous. Very few men will accept accountability that is not theirs when their wives say, “You didn’t talk with me enough” or “you travelled so much for work.” They just can’t get it out of their head that their wife was with another man.

Daddy Issues Will Weigh You Down

Women, on the other hand, if they have any dad issues at all, are always hoping inside that they are enough to be truly loved and adored by the man that they are with. Many can spend their entire lives with the wrong man, trying to “win” daddy by being good enough, pretty enough, patient enough, a good enough cook, etc.

So, between being able to blame “hormones” in men and blame the evil other woman, a woman can make and accept enough excuses to accept an unaccountable man back and avoid having to make any changes in her life. Especially if there are kids. If you are this woman’s friend or mother, you get to hear the excuses, this wishful and defensive tone in her voice and how things are better.

You know in most cases, it is often just a temporary fix until the next time it happens. Being married to a man without good character, honor or integrity is a tiring, sickening and painful experience for most women, yet they often stay. So, women will often accept blame for the man cheating.

There can be a primal feeling in a woman’s body that she is safer with a man by her side, sometimes even if the man, in reality, is hurting her life. So, that sense of dread or perception that she will not be okay alone or without him makes it hard to leave a liar and a cheater.

Women are seduced by their ears so, “I’m so sorry. She meant nothing to me. I love you. Don’t leave me. You are the best thing that ever happened to me. You are beautiful” can often cause a woman to forgive, forget and pretend that it won’t happen again.men who cheat have a very hard time giving up a mistress and often go back to her again and again even when they promise not to.

Women, who cheat, however, mostly stay faithful once caught and do not stray again. Even if the guy has shown again and again that he is unreliable and sometimes even dangerous to himself, his wife and kids (Like allegedly Tiger Woods and Jesse James did according to several mistresses, potentially exposing their wives and unborn children to deadly and serious diseases by having unprotected sex, such as HIV, Hepatitis and Herpes. The women still often convince themselves that they are more physically safe and secure with a man than without. They will choose to sacrifice the emotional security instead.

What Will The Neighbors Say?

In closing, it’s no ones business but your own. No one should judge you based on your decisions. And quite frankly, people need to mind their own business. Although that isn’t realistic, it would be nice.

Should You Stay With a Cheater, Or Should You Go?

You should trust your gut. Listen to that voice inside you. You’ve known the answer to that question all along. No one can answer that for you. Believe in yourself.

In the words of Prince:

The Michigan Private investigators at Eye Spy are here to help. We are NOT here to judge you. We are ONLY here to HELP you!

Are you dealing with a Cheater? Eye Spy can help! The Michigan Private Investigators at Eye Spy Detective Agency can find out if your significant other is seeing someone else.

The licensed Private Investigators at Eye Spy can legally attach a GPS to your significant others vehicle. This will save you time and money during your case. To learn more about our GPS Devices, click here: Eye Spy GPS Devices

All cases are 100% Confidential!

Cheating lover / Cheating Spouse/ What are they up to?

So, you've been through a divorce once or twice before and... read more

Private Struggle Marriages are usually a Private struggle. Most people have no... read more

How to Find out if Your Husband Is Cheating

No one will argue that it's incredibly painful to even consider... read more

Suspicions How often does your spouse / significant other go out during... read more

Sex Codes are the secret ways that partners tell each other it's... read more

Do you think someone is spying on you?

Do you think someone is spying on you? Eye Spy Investigations... read more