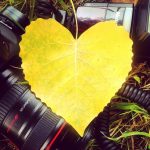 What are the signs he is in love?

Do you wonder if their are signs that he is in love?

He’s dated his fair share of women and has always enjoyed keeping his options open, but lately there’s this one woman that has him wondering if she’s ‘the one.’ In order to help him figure this out, we have compiled the following list of the top ten ways to know he’s in love.

1. He starts thinking about the future and she’s in it

It used to be that the future with a woman meant his date on Saturday night, but with this woman, the future seems infinite. Not only does he plan to see her this weekend, but he wants to see her a year from now as well.

When planning his next holiday, he knows he wants to spend it with her, and not a random beach bunny he happens to meet while he’s there. And when he gets an invitation to a wedding that takes place three months from now, he asks her to be his date without thinking that it’s too far away to tell if they’ll still be together.

2. Other priorities take a back seat

He used to train religiously, but lately, if she’s free for dinner, he doesn’t mind missing a workout. Not only that, but his workaholic tendency of bringing work home at weekends to get ahead seems a bit excessive to him lately.

His ever-important ‘to do’ list seems quite stagnant these days, as being with her always manages to render his other plans and obligations obsolete. What was it that he absolutely had to do by four o’clock again?

There was a time when it was his way or the highway, but with her it’s different. Not that she asks him to, but he doesn’t mind missing a night out with the lads to be with her. And he finds himself trying to incorporate her into his plans or altering them to accommodate her.

He also finds himself not putting up a fight when she wants to go to Shakespeare in the Park. Although his friends find this very amusing, he knows that deep down, they wish that they had found a love like his.

4. He loves spending time with her

This one is pretty obvious but important nonetheless. He looks forward to seeing her, and doesn’t care much about what the two of them will be doing. Lately, just going for a walk with her sounds like the best way he could possibly spend an evening.

Furthermore, when they’re not together, he misses her and wishes they were spending time together.

5. He doesn’t notice other women as much

Did he see that gorgeous blonde who just walked by? What does he mean, ‘no’?!? Although he can’t help noticing a beautiful woman when one walks by, when he’s in love, some of them tend to slip under the radar, while others just pale in comparison to her. Furthermore, he doesn’t seem to be flirting half as much as he used to.

He is slowly realising that she’s often the only woman in the room that matters, and for some reason that suits him just fine.

6. They have great chemistry

He can’t be in love with someone that he has no chemistry with. If he seems to always be on the same wavelength, and think in similar ways, that’s a great sign. If they also generate enough heat to set off a five-alarm fire bell, then she is probably someone that he could fall in love with, if they aren’t there already.

7. He finds her quirks charming

The fact that she carries her passport with her everywhere she goes – just in case and that, when she’s eating, she can’t help but construct every forkful so that it’s the perfect blend of ingredients fills him with an inexplicable feeling of happiness.

She does and says things that make her different, and he likes it. He can’t quite put his finger on why, but it doesn’t even matter. He likes her just the way she is.

8. He cares about her

There is a reason why he doesn’t really want to know too much about the chick he had a one-night stand with: he didn’t love her. When he’s in love with a woman, he wants to know all about her: who she is, what she thinks, what makes her laugh. He truly cares about her and his feelings.

If he truly loves a woman, he feels bad if she had a bad day or is upset about something. He doesn’t try to cheer her up because he has to, but because he can’t help it.

9. He can’t stop thinking about her

Instead, he is consumed by thoughts of her. She just pops into his head for no apparent reason, and he wonders if she thinks of him half as much as he thinks of her. He wonders what she’s up to and even considers calling her (but should refrain from doing so for fear of looking overeager).

But it gets worse. He’s out with his friends and he sees something in a shop window and thinks about how much she would like that particular item, or he notices a poster for a show that she would love, but normally wouldn’t even have looked twice at it.

If she’s the last thing on his mind before he goes to sleep and the first thing on his mind when he wakes up – and he’s even dreamed of her on a couple of occasions then he doesn’t really even need to read on to know if he’s in love (but should anyway, just to be sure).

More often than not, a break-up is followed by a significant amount of time spent thinking about his ex and wondering whether or not he made the right decision in going their separate ways. Depending on how long the two of them were together, these doubts can resurface again and again.

Ever since he met this new one, however, the thought of getting back together with his ex is the furthest thing from his mind. Come to think of it, he barely recalls what he found so great about her in the first place.

Signs He Is In Love: She’s the one
If he is currently dating a woman who makes him act in any of the ways mentioned above, then he is seriously falling for her. It’s time for him to put away the little black book for a while and enjoy the ride.

Is your Spouse or significant other in love with someone else? Look at the 10 signs below. Hire an expert at Eye Spy to find out what is really going on.  The Michigan Private Detectives at EYE SPY can help put your mind at ease. Call Eye Spy today 888-393-7799 or www.eyespyinvestigations.com

Is You Relationship Ho Hum?

Is You Relationship Ho Hum? Is your relationship ho hum? The term... read more

Investigating Cheaters Have you discovered that your significant other / spouse is... read more

Extra Cheddar Cheese Cheddar cheese is another word for money. Who Moved My... read more

Get Out Of Your Head

Get Out Of Your Head What does it mean to Get Out... read more

Signs of a Cheating Wife

Here are the signs you should look out for if you... read more

What You should Know About Mistresses

Trust Your Gut Think your partner is cheating?  You might be right.... read more