Your 401k in your divorce

Your 401k in your divorce 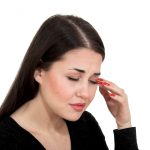 Divorce and Your 401k

Is your Ex entitled to your 401k in divorce? If you are going through a divorce or you think your spouse might be cheating, there are things you can do to secure your financial future.  By hiring Eye Spy to catch your spouse cheating you may save yourself $1000’s to millions of dollars.  Adultery is a crime and there is something you can do about it.

Your 401k in Divorce

Under the law of many states, a single act of adultery constitutes a crime, whereas in others, there must be an ongoing and notorious relationship. The punishment set by statute may be greater for an individual who engages in repeated acts of adultery than for one who commits an isolated act.

Customary rules prescribe the types of evidence that can be offered to prove guilt or innocence. There must be a showing by the prosecutor that the accused party and another named party had sexual relations. Depending on state statutes, the prosecutor must show that either one or both parties to the adultery were wed to someone else at the time of their relationship.

Evidence that the defendant had the chance to have sexual relations coupled with a desire, or opportunity and inclination, might be sufficient to prove guilt. Photographs or testimony of a witness who observed the couple having sexual intercourse is not necessary. The fact that a married woman accused of adultery became pregnant during a time when her husband was absent might be admissible to demonstrate that someone other than her spouse had the opportunity of engaging in illicit sex with her.

Assets and Your 401K

If you have a 401k, company life insurance plan or an IRA, do you even remember who is on the beneficiary form? Maybe you named two children and have since had a third. If anything happens to you, that third child will be cut out. Is your ex still hanging around, on paper? Did you name your parents or a sibling, back when you were single, and forget to name your husband when you married?

Over time, retirement plans can become a signficant pot of money. So make this your week to check the beneficiary forms for all your company and personal retirement accounts. Who did you name? Is that still OK? If not, change the names. And keep a copy in your files, so that you’ll always know who the beneficiaries are.

If you don’t name anyone on the beneficiary form, the money will be paid into your estate, to be distributed according to your will. In most cases, that’s a big mistake, because income taxes will be owed on the lump sum. By contrast, if you leave retirement money to heirs through the beneficiary form, they can roll the it into inherited IRAs. That defers part or all of the tax.

What about assets you hold in other accounts? You might have beneficiary forms for bank accounts, mutual funds, brokerage accounts and life insurance held outside of a company plan.

In this case, the laws of most states protect you from yourself. If you divorce, your ex-spouse will usually be removed automatically from the beneficiary forms. The money might go to the person you named as second beneficiary, or into your estate.

What You Should Do

Still, it’s smart to correct these beneficiary forms. I don’t know the corners of every state law, and in some places an ex still might have a case.

The ex, or whoever is on the form, will always have a case, if it’s an IRA or 401k. If you want to leave the money to a different person, make sure that beneficiary forms are right.

We can get the evidence that you need.

We have Investigators on staff that work directly for us all over Michigan. From Grosse Pointe to Birmingham, Sterling Heights to Livonia, Southfield to Detroit, Bloomfield Hills to Grand Rapids and every where in between.

If you have some questions, please do not hesitate to call. Feel free to go online and talk to one of our private investigators on our 24/7 live chat. Call the Michigan Private Investigators at Eye Spy Detective Agency today at (888) 393- 7799. For more information visit our website at www.EyeSpyInvestigations.com

They Can Run, But They Can’t Hide From EYE SPY!

With modern technology advancing at a lightning fast pace, criminals have... read more

Once A Liar Always A Liar

Once A Liar Always A Liar Has your significant other / spouse... read more

Uncomfortable Taboos That Couples Fight About

How to stop people from spying on you

How to stop people from spying on you   Eye Spy discusses how... read more

How To Get a Private Investigator License in Michigan

Cheap Online Dating searches You get what you pay for! Cheap online Dating... read more

Let us Clean up Your Recorded Evidence

Clean up your Recorded Evidence Do you have an audio file containing... read more

Missing Teenager We go to bed at night and, we stretch out... read more

Ramifications For His Cheating

I sometimes hear from people are fed up with their spouse's... read more

Partners That Criticize Their Men In Public