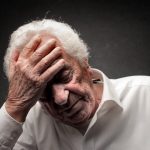 The term Oy Vey is used to express dismay, frustration, or grief. Furthermore, it’s often abbreviated to oy, the expression may be translated as, “oh, woe!” or “woe is me!

But before you know it, a dreaded conversation looms over you and your daughter/Son like a cloud of bum-puffed cigarette smoke.

Attempts to interfere in the relationship will probably be met with denial. That is what keeps your daughter or Son in the relationship. They tell themselves it’s not so bad, they can help him/her etc. They probably add other thoughts that ensure he or she stays.

Someone in a long term relationship with an addiction experiences a loss of their self esteem and any other desire they ever had.

So what can you do? Capture video evidence of their partner. Then have this sent to them anonymously. Let them see it for themselves. Are you ready? Call Eye Spy today!

We can get the evidence that you need.

We have Investigators on staff that work directly for us all over Michigan. From Grosse Pointe to Birmingham, Sterling Heights to Livonia, Southfield to Detroit, Bloomfield Hills to Grand Rapids and every where in between.

If you have some questions, please do not hesitate to call. Feel free to go online and talk to one of our private investigators on our 24/7 live chat. Call the Michigan Private Investigators at Eye Spy Detective Agency today at (888) 393- 7799. For more information visit our website at www.EyeSpyInvestigations.com

They Can Run, But They Can’t Hide From EYE SPY

Angry and Nervous Are they are angry and nervous around you? If your... read more

Did your child go missing?

You may think you know your child so well that he/she... read more

Honey Trap The Honey trap is when a seductive woman or man are used... read more

You may ask yourself: "Is it safe to buy a Car,... read more

How To Tell If Your Ex Is Stalking You

How To Tell If Your Ex Is Stalking You Relationships can be... read more

Cheater Cheater On The Go

Cheater Cheater On The Go Did you find out that your significant... read more