Conducting Your Own Surveillance Can Lead To A Felony Stalking Charge 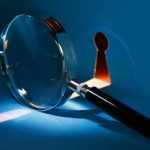 Did you know that Self Surveillance Can Lead To A Felony Stalking Charge? Did you know that any evidence that you obtain by yourself or by an unlicensed Private Investigator will not hold up in court?  Even though it is a powerful tool, surveillance, if used improperly, can backfire. Therefore,  people will hire a professional Michigan private investigator to collect the evidence for them. As a result, having a third-party expert witness will add extra credibility that will hold up in court.

Under Michigan law, stalking takes place when a person engages in willful and continuing harassment of another human being. And this harassment then causes a reasonable person to feel threatened, molested, intimidated, terrorized, harassed, or frightened. As an example, following or appearing within the sight of that individual.

Surveillance can be an extremely effective tool in the defense arsenal. When done appropriately, it can show a judge, jury, mediator or arbitrator insights. Which words or documents alone cannot convey. As they say, a picture is worth a thousand words. As a result, well done surveillance can be worth thousands of dollars.

Don’t do it, you’ll get caught. If found guilty of felony or aggravated stalking, potential criminal penalties include fines of up to $15,000 and/or up to five years in prison. Probation is also a potential consequence of a conviction. If the victim is a minor (younger than 18 years of age), prison time could effectively double. The timing of the surveillance can be critical. If you suspect someone is a candidate for surveillance, the sooner you start, the better chance for success. Do not be reluctant to utilize surveillance

No matter how successful your surveillance, it is all for nothing if you cannot have it admitted into evidence. All the effort and money spent on uncovering the inconsistencies between the plaintiff’s claims and his or her actions will be wasted if a judge prohibits its introduction into evidence at trial. Call the Michigan Eye Spy Detective Agency today 888-393-7799. 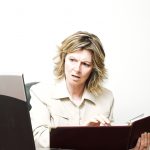 In business dealings, your business partner should have skills that support and... read more 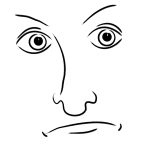 Signs She May Be Cheating

Do you have suspicion that your girlfriend / wife is cheating... read more 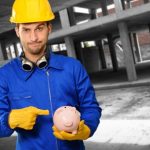 A lot of people get workers comp from injuring themselves at... read more

You may be wondering is this Confidential? Yes. Hiring a licensed... read more