Will they cheat, who are they spending time with? Michigan Private Investigations.

Long distance relationships can be tough. If you’ve ever been in a long distant relationship, you know its extremely hard. Long distance is not exactly a walk in the park, especially if you have trust issues. Do you need evidence for peace of mind? Call The Michigan Private Investigators at Eye Spy today.

Some long distant relationships do not last in that factor because the worried significant other will most likely nag, accuse, and fight with their partner whose not in the same location as them.

The Trouble With Long Distance Relationships

Even though some relationships don’t fail with the long distance, that doesn’t mean they aren’t thinking of the same thought as well.  Whether you love and trust them or not, anything can happen. Which is why overthinking the possible is never the brightest thing to do. Especially, if you think about it all the time.

Communicating with your significant other is the number one thing to do. Because who knows, your partner is probably thinking the same thing too. Relationships as well as marriages are a two way street. So, what if you tried all of that? Communicated, began to trust again, and maybe even stopped thinking negative. But something comes up in the random. Maybe your significant other works random hours now, or you don’t hear back from them until a couple hours after. Then the whole thing backfires on you and you’re back to square one. Communicate with each other, trust one another, do not hold back on feelings that affect your happiness in your relationship. If so, it will be ruined.

What else is there to do?

At Eye Spy Investigations, we have a service involving Michigan GPS trackers. It’ll show us at any time where and when your significant other has been when they do not contact you after hours apart. It’s the easiest and safest way to make sure your significant other is where he or she is suppose and not suppose to be. Without him or her knowing that they are being tracked. Call The Michigan Private Investigators at Eye Spy Detective Agency at 888-393-7799. 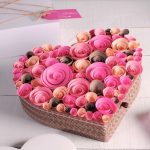 Is Your Spouse Cheating On You With Another Valentine?

Valentines Day is truly one of the most romantic days of... read more

Conducting background checks on someone is a very smart thing to... read more

Do you need to hire a Private Investigator in Michigan? Well,... read more 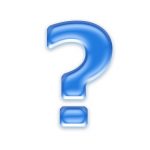 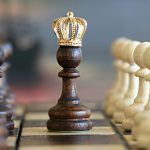 Are you looking to hire a Detroit Michigan Licensed Private Investigator?... read more

Are You Being Catfished

Dating websites are all fun and games until somebody gets catfished.... read more