Why Hire a Female Private Investigator?

Why Should You Hire A Female Michigan Private Investigator?

When you think of a private investigator, most people will imagine Sherlock Holmes or Jim Rockford. Well move over guys ’cause the staff here at Eye Spy is predominantly women! As the leading Michigan private investigation company, we have learned that sometimes it takes a womans touch to get the job done! Here are some of the advantages when you hire a female private investigator.

Eugène François Vidocq, the worlds first known private investigator, began the business in 1833. He has been credited with applying criminology, ballistics, and much more to an investigation. And since then the business has blossomed.

However it was not until 1856 that the field occupied its first woman; Kate Warne. Warne worked for Pinkerton Detective Agency where she uncovered a plan to assassinate President elect Abraham Lincoln while he was traveling from Baltimore to Washington D.C. These plans were revealed through a series of undercover missions performed by Warne during which she posed as a southern belle to gain entrance to social gatherings.

Her flirtatious and dense demeanor allowed her to not only confirm that there was in fact a plan to assassinate Lincoln, but also to uncover the details of how and when this plan was to occur. Because of Warne, Pinkerton (her employer) was able to warn Lincoln, and act covertly while transporting him safely to Washington D.C.

Is It A Man’s World? Why Women Might Be Better At It.

1. People tend to think that private investigations are a man’s field, which makes a woman the perfect confidant and detective! When a woman is doing surveillance, people are much less likely to be suspicious of her than they would a man.

2. Women are usually more willing to go undercover, or role play, and really adapt the character they are portraying. This comes in handy when acting as “bait” to see if a man will cheat on his wife/girlfriend.

3. Women are more organized, detail oriented, and seem to be better at multitasking.

4. Break the private investigators glass ceiling! This is an increasingly popular field for women to get into, and for good reason!

But, Why hire a Female Private Investigator?

Eye Spy answers the question Why hire a Private Investigator? Now a days we have the world at our fingertips with all the technology available to us, but what exactly do we have access to? The general public can Google anything they want, so where does a private eye come in? As licensed private investigators, we are legally able to perform background checks, criminal investigations, pre-employment screens, insurance fraud, and even counter-surveillance.

Many people will try to perform these searches and investigations on their own, however they quickly realize it is not as easy as it sounds.

Why Should You Hire a Female Private Investigator?

Women tend to be more intuitive and empathetic than men. Therefore they are better at reading people and assessing the situation. Thus, as well as making people feel at ease when talking with them. As a result, this can allow a person to really open up. This is why a female private Investigator at Eye Spy could be your best option. Give us a call today 888-393-7799.

Are you thinking about how to Hire a Michigan Private Investigator?... read more 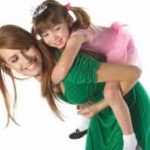 Is Your Child Safe

A lot of divorced parents or ex significant others that is... read more 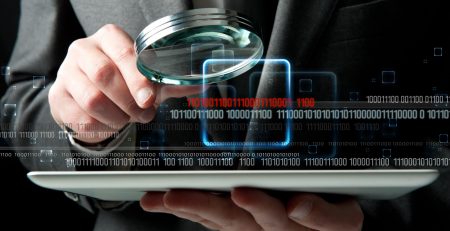 Is Your House Bugged? Is Your Car Bugged? Signs That you are “Bugged”

Is your car or House bugged? It could very well be.... read more 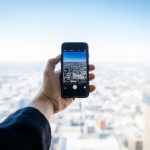 Think your partner is cheating?  Well, chances are, you might be... read more