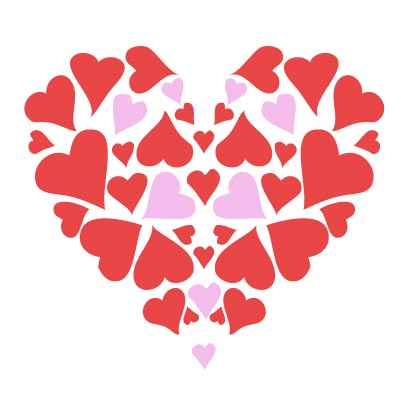 Cheat Days: The Day People Are Most Likely To Cheat. Mistresses Day is Feb. 13th

March is one of the most popular months of the year to file for divorce, in part because people find the holidays stressful. The second Monday after Christmas, that being January 9, 2017, is the most likely the Day People Are Most Likely To Cheat or seek out their affair. The holidays are over, and so is the excitement. That means that the cheater will seek out something to make their heart flutter.

Cheaters are more likely to cheat during the first month of the year as a way to “regain their freedom” after the holiday season. A smaller majority of newbie cheaters decide that they need to to try something new in life, during this time. It’s simply part of a basic human need for excitement and departure from routine.

Why Men and Women Cheat

Infidelity is one of the most wrenching experiences a couple can endure. It can destroy families, crush spirits, and break quite a few plates. It causes pain not just to the betrayed, but usually to the cheater as well.

So why do people do it? Experts say that the reasons fall into two main categories. The first has to do with the relationship — there’s either an emotional disconnect or the couple’s sex life isn’t satisfying to one partner. The second reason has nothing to do with the couple. Rather, one partner simply wants the excitement of an affair, needs an ego boost, or just feels entitled to have more than one sexual partner. Some cheaters actually have a good sexual relationship with their partner, yet they have an affair because sex is so important to them that they look for it wherever they can

In the past, there were significant gender differences. The traditional male affair that was primarily sexual is changing because more men are having more emotional affairs (meaning their feelings for the “other woman” go beyond just sexual) with coworkers. Meanwhile, women are having more sexual affairs. One reason: Women now feel more entitled to enjoy their sexuality, so if sex with their husband isn’t satisfying they are more likely to look elsewhere than their mothers and grandmothers would have been.
Another trend: With more men and women working together side-by-side, as peers, there’s an opportunity for deep emotional connections that didn’t exist in previous generations. You always had the boss who ran off with his secretary, but now I see many men who are in good marriages and are not traditional philanderers who form these deep friendships.  They cross these lines and become more emotionally intimate than they are in their marriage. If there’s some sexual attraction and chemistry, that’s all you need for an affair.

Although affairs can and do happen to “good” marriages, in general an affair is a signal that something is awry in the relationship. There are some cases when someone is just having sex with different people out of a need for variety, but most people really think before they go off in that direction. If you have a good relationship, you’re less likely to jeopardize it.

According to a study, women who cheat on their husbands are looking for passion and sex, but they have no desire to end their marriages. Cheating women are looking for sex, not divorce. The boredom of marriage drains intimacy of excitement.

A new day for the calendar? Tomorrow has been named Mistress Day

The day before Valentine’s Day is the day unfaithful men plan to see their mistresses.

Loyal wives may be gearing up for a romantic evening tomorrow night, but it seems some of their husbands will be celebrating Valentine’s Day one night early… with another woman.
It doesn’t appear on the traditional family calendar, but 13 February has been branded Mistress Day for unfaithful British men and their partners in love crime.
75% of cheating husbands plan to see their mistresses on 13 February, leaving Valentine’s Day itself free for a date with their long-suffering wives.

Traditional diamond jewelry and lingerie are still the most popular gifts for mistresses, while flowers and perfume are reserved for wives.
Valentine’s Day has always been associated with secrecy around love affairs; it’s a key time for infidelity. Men spend more on their mistresses: they’re out to impress!

The day before Valentine’s day typically reserved for a man taking out his mistress or girlfriend. On Valentine’s Day a man is “required” to take out his wife or steady girlfriend. However, the restaurants, bars and clubs are packed on February 13th for the better looking women in a man’s life.

Unofficially, Feb. 13 is also known as “Mistress Day,” the day that straying boyfriends and husbands set aside for the “other woman” – since they’re spending the actual Valentine’s Day with their girlfriends and wives.

The most popular day for “short stay” hotel bookings.
A man said to his wife on February13th, “I’ll be working late tonight, I’ll make up for it tomorrow on Valentine’s Day”. Secretly he was preparing his cover for Mistress Day celebrations!

Most cheaters devote the day before Valentine’s to keeping their mistresses happy, since waiting until the day after makes them seem like an afterthought. They have to be with them the day before, give them their gift, make them feel special and put that to bed.

The days surrounding Feb. 13 are the best times to pin down a philanderer. You’ve got a three-day window where anyone who’s cheating will more than likely be making contact with the person they’re cheating with.

Call Eye Spy Detective Agency today at 888-393-7799 or visit us at www.eyespyinvestigations.com

All cases are confidential.

The Laundry Doing Laundry is always a pain. Dirty Laundry Some days it seems... read more

Beds To Lie In All these Beds and you lie in all... read more

Think a private investigator's services are only for the rich and... read more

Slow Burn The slow burn of bitterness is the worst. Slow Burn Are they... read more

When Your Man Is Troubled

When your man is troubled, it may come back on you. In... read more

Nanny Background Check Your Nanny plays one of the most crucial roles... read more