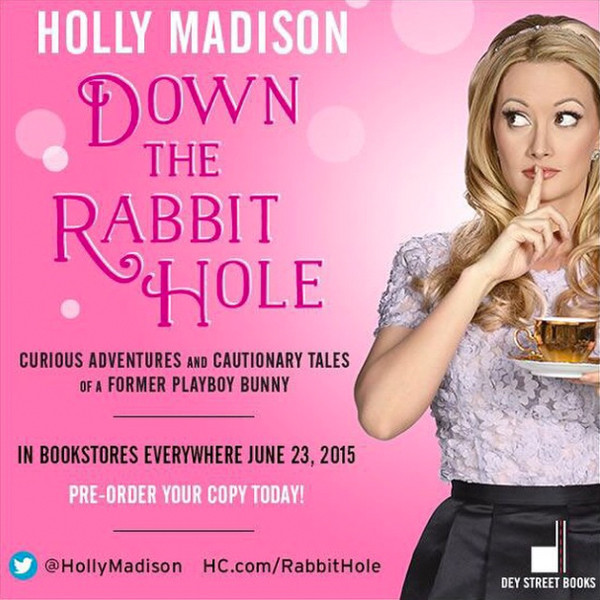 Holly Madison, former Playboy model and Girls Next Door star, has branched out from her reputation as Hugh Hefner’s girlfriend. Since leaving the Playboy mansion, Holly has starred in her own burlesque show in Las Vegas entitled Peepshow, which eventually led to her getting her own TV show on the E! network. Holly’s World showcased her life post Playboy, and also starred her friends Josh Strickland and Angel Porrino.

One episode of Holly’s World featured Josh in his quest to find his birth mother. Knowing that his mother chose to have a closed adoption, Josh and Holly contacted Mike and Carey Torrice, owners of Eye Spy Investigations, for their help in finding his mom. With only the knowledge of her first name and the city in which Josh was born, Mike and Carey were able to locate her within 24 hours.

The emotional story of locating Josh’s mother, as well as the amazing Private Eye’s that helped them, are mentioned in Holly’s new book, Down the Rabbit Hole on page 307. She says:

“…The second season was even more amazing than the first. The producers found a couple of private investigators to track down Josh’s birth mother (whom he had never met and knew nothing about). When Josh and Angel when to Charleston, Josh’s hometown, everyone thought we were at the start of a long quest to find his real mother. No one actually expected her to turn up right away! The investigators came through and the episode turned out to be one of the most genuinely surprising and emotional ones of the series.”

Will You Be Together Forever?

Together Forever? Do you often wonder if you and your significant other... read more

IS MY EX HIDING INCOME AND ASSETS?

IS MY EX HIDING INCOME AND ASSETS? Is your EX hiding income... read more

Peacock Strut Are they doing the Peacock Strut? Proud Peacock Do they seem to... read more

Politics Is A Dirty Business

Politics and Investigations Politics can be a dirty business. When you decide... read more

Bank Account Searches   Before you take the plunge into marriage, find out... read more

Your sweetheart calls you by another's name. His eyes linger too... read more